The mission of the Chicago Literary Hall of Fame is to honor and preserve Chicago’s great literary heritage.

We do this through educational programming, awards, exhibits and other special events, particularly our annual induction ceremony. We are also in the process of creating a repository of detailed information about Chicago’s past, present and future literary life, through such projects as the Chicago Literary Map, the Chicago Book of the Day, and the Chicago Literary Calendar.

The Chicago Literary Hall of Fame began in 2008 as a project of the Chicago Writer’s Association.

At that point, the project had neither shape nor definition, it was just an idea. Throughout the rest of 2008 and most of 2009 founder Donald G. Evans worked with CWA president Randy Richardson to build a website. At the same time, he put into place procedures for induction into the CLHoF, assembled the first nominating and selecting committees, and with the large contributions of Valya Lupescu, put on our first induction ceremony at Northeastern Illinois University’s Auditorium. With that, the induction process was in place, and ever since a new class has been inducted annually.

Over the next four years, the Chicago Literary Hall of Fame expanded its programming and reach, and added the Fuller Award (a lifetime achievement honor) and Budding Literary Masters (competition for young writers) to its annual traditions. The scope of the organization required greater support, and an independent board, and so in January 2014 the Chicago Literary Hall of Fame became our own nonprofit 501 c(3) entity.

Don and the CLHoF Today

Don is the Founding Executive Director of the CLHoF, but the title is really just something for business cards, which he doesn't have anyway. Don's central role is in sharing his vision for CLHoF's future with an impressive array of board members, volunteers, and interns, and then putting together initiatives that bring the organization closer to his ideal for it. The CLHoF, as Don sees it, is a way to foster a contemporary writing community that honors Chicago's great literary past and also encourages future achievement. Don orchestrates programs like the induction and Fuller Award ceremonies; curates exhibits; leads author discussions; designs literary tours; writes website and commemorative program content; organizes fundraisers....what else? Sometimes he picks people up from the airport, or cuts up a watermelon for a reception. In short, Don does whatever needs doing in order to build on CLHoF's past success and position it for bigger things in the future.

Listen to Don Evans interview about the Chicago Literary Hall of Fame. 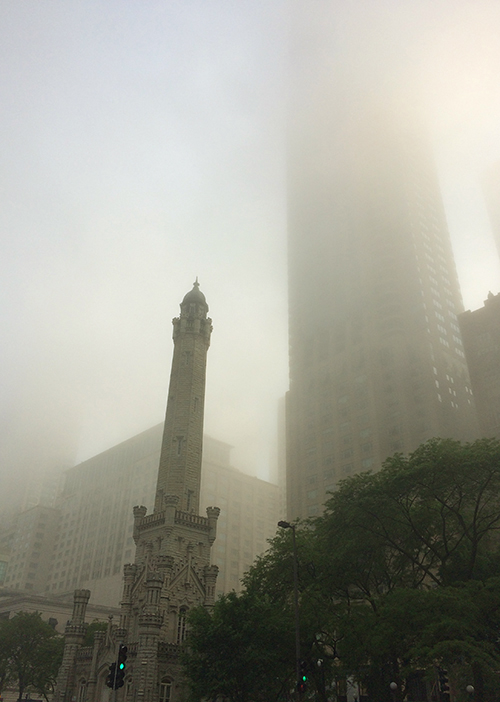 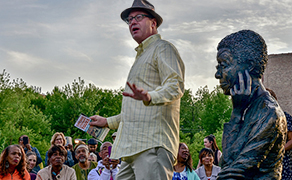