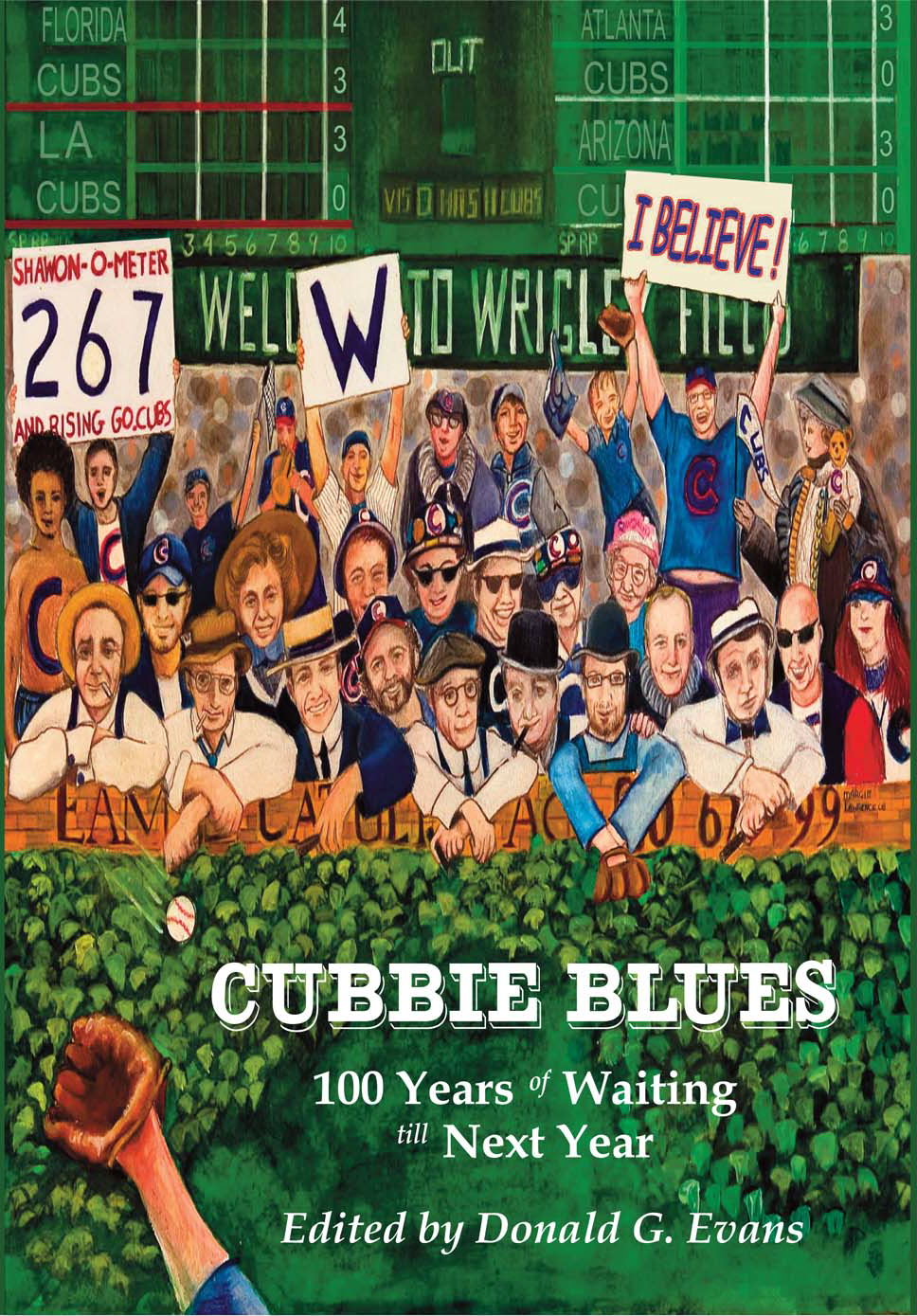 100 Years of Waiting till Next Year

Before the World Series championship, before talk of a dynasty, before the Cubs became a feared opponent...they were mostly just bad. And they were mostly just bad for a long, long time. On the anniversary of the 100th season of the Chicago Cubs not winning a World Series, Don assembled this anthology to showcase the literary efforts based on this phenomenon. It captures the humor and heart of Cubs fans who'd stuck by their team—in some cases, literally until their death. The poems, essays, short stories, cartoons, trivia, and so forth demonstrate a range of artistic explorations. Put together, the anthology begins to answer the question, "Who are these Cubs fans?" "Why are they STILL Cubs fans?" Though many of the expressions published in this book were made obsolete once the World Series banner was raised atop Wrigley Field, there's still enjoyment in looking back, in remembering, what it was like when we were all still waiting. Contributors include many great contemporary authors, such as Christine Sneed, Scott Simon, Rick Kogan, and James Finn Garner, as well as famous fans, like Dave Cihla and Ronnie Wickers.

A home run. For every fan who's waited a hundred years, here's elegant and passionate proof that you aren't alone.

—Marcus Sakey, award-winning author of The Blade Itself, At the City's Edge and Good People

This anthology is full of great stories and wonderful anecdotes about the trades, plays and bad luck that make up the fiber of a true Cub fans' being. A book to keep near while waiting for next year.

It's possible that too much has been written about how hard Cubs fans have it. Come on, now. They get to watch baseball in a charming park where the company is sometimes less than entirely corporate. Still, there's something to be said for tradition, even if the tradition is complaining, and lots of the complainers collected herein are not only literate but funny.

My advice to the great fans of Chicago? Tell them to read this baseball book with their double cheeseburger from the Billy Goat...It's good for the digestion.

The Chicago Cubs have subverted the traditional notion that America only loves a winner. The brand product has become failure itself, and without it the Cubs would be nothing. Only contrary Chicago could come up with something so beautifully perverse.

I laughed and I cried. Dude, this [book] is the bomb.

Very, very impressed with the anthology. Unlike the Cubs, this will be a winner.

I think this book will go down as the definitive fan's favorite.

—Dave Cihla, co-creator of the Shawon-O-Meter

Cubbie Blues is really a great book, not only for the Cubs fans to reflect and enjoy the Cubs' history, but also for people raised in foreign cultures to learn the atmosphere and sentiment about the Cubs and what the Cubs have meant and mean to their fans.

I picked [the book] up yesterday and my boyfriend hasn't been able to put it down since.

...the most enjoyable book signing I ever attended...I don't know who had the most fun, the folks who bought the books or the authors, all of whom — if I can speak for myself — came away feeling awfully good because they were part of a project that was both enjoyable and worthwhile.

I just wanted to let you know that my parents were so very pleased about Cubbie Blues when I gave it to them on Christmas Eve—even more so than I had expected...it really is a great book.

Definitely a must read for any Cubs fan. I especially enjoyed being reminded of old friends, like Matt Karchner.

The book is tremendous. I gave one to a Cub fan at work, and he went nuts! He's still relatively young—in his twenties—so he has a ways to go as a true sufferer, but still, I shouldn't dismiss his anguish. Next year maybe he'll rejoice.